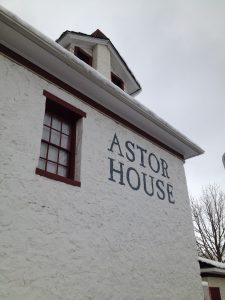 This past week the Astor House got some coverage in the Denver Post regarding the City’s declining of a State Historical Fund grant for $200,000. While the content of the article was largely positive, some expressed concern about the somewhat worrisome headline that questioned the future of the historic building. So, we wanted to share a bit about what’s happening.

First and foremost, the City is committed to the preservation of this important property and the historic rehabilitation project is pressing forward to completion. Upon declining the grant, Council approved using funds from the City’s reserve to see the project through completion. Asbestos abatement was completed on May 6th and the contractors are mobilizing now to begin the construction phase of the project.

Regarding the State Historical Fund grant, the City was aware that the grant came with certain conditions and requirements when the notice of award was received. But, it wasn’t until work actually began that the scope and manner of the restrictions became evident. The City felt that SHF’s restrictions on asbestos abatement methods and construction finishes were overly burdensome and would significantly increase the budget for the project. Cost increases resulting from their requirements would also not be offset by additional grant funds.

Lastly, a 20-year covenant SHF placed on the Astor House was originally understood to only be applicable to specific areas funded by the grant. Upon later conversation, it was explained that any changes or modifications to the entirety of the property and its use would be restricted by the Historical Fund for 20 years.

The City of Golden has the utmost respect for the work and philosophies of the State Historical Fund, but upon considerable discussion, City leadership felt that the grant and its terms were not a good fit and therefore the grant was declined.

While it will no longer be working with SHF, the City is committed to adhering to the Secretary of Interior’s Standards for Historic Rehabilitation which recommends approaches and treatments that ensure the integrity of the project.