Buffalo Bill: How his Tumultuous Past turned into Box-office Gold

This is a hybrid virtual/in-person event. 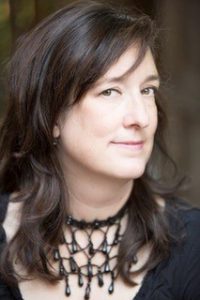 Buffalo Bill has gone down in history as one of the greatest showmen who ever lived. However, before Bill Cody was famous (and even afterwards), he had a few of his own demons to put to rest. Led by returning presenter and historian, Randi Samuelson-Brown, this talk will focus on Buffalo Bill’s earlier years as the west opened, his enduring support of social justice and his later years when a rather tumultuous past turned into box-office gold, despite a rather precarious business sense. He can probably thank his wife for that last part.

Randi Samuelson-Brown is a native of Colorado, originally from Golden. Her ancestors came to the state in the 1880s/1890s, a fact she is proud of. She is the author of The Beaten Territory, an award-nominated historical fiction set in a vice-riddled Denver and Leadville during the 1890s. She lives in Denver, CO.