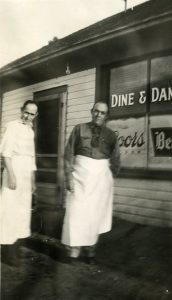 Dud and Duke outside of Duke’s Place once located at 44th and McIntyre, near present day In the Zone Sports Bar & Grill.

In my ongoing quest to record Golden’s culinary history, I recently sat down with local brothers Frank and Tom Young. Their dad, DeVere Joseph Young, better known by his nickname “Dud,” was in the restaurant business from 1938 until 1980 when he died. In addition to helping me share their story, the family donated original photos, film footage, and a menu to the museum.

Dud Young went into the restaurant business with his brother, Edward “Duke” Young, in 1938, opening Duke’s Place on 44th and McIntyre. Duke’s served ribs and burgers and, of course, Coors, but was also a place for live music and dancing. “Duke” even played the sax from time to time.

In 1945, Dud ventured out on his own to purchase Larson’s Café. Dud continued operating as Larson’s until at least 1950 when a new sign and ultra-modern front were causing comment. In 1959, he was advertising his establishment as “Golden’s Finest Restaurant serving chicken in baskets and steaks.”

Dud’s became a regular hangout for Coors and Rocky Flats employees, and Dud even offered a check cashing service on Fridays. Apparently, during Golden Days (precursor to Buffalo Bill Days) a few horses even frequented the place. Unofficially, the Golden Fire Department called Dud’s the Long Branch Division Station #3, since so many firefighters were regulars, not to mention it was so close to old Station One on 12th Street. 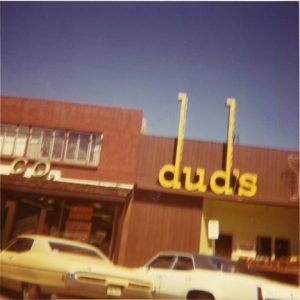 Football players loved the place too. Old timers may remember that the NFL’s Denver Broncos and Baltimore Colts held several training camps in Golden, beginning in 1960. Apparently, Dud’s was a favorite hangout during the Colts’ three-week camp. Star quarterback Johnny Unitas preferred Duke’s because it was a little out of the way and not as many fans pestered him.

Dud finally sold the business in 1971 due to health reasons, although new owners continued operating under the same name. Dud went on to open DJ’s in his building around the corner. This short-lived diner fed hungry families from 1974-79. After Dud died in 1980, Frank and Tom remodeled the old Dud’s into DeVere’s. The Young family restaurant dynasty ended in 1985 when the brothers sold to Ken Mueller to pursue careers in fire service. 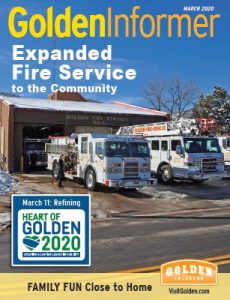 This article also appeared in the March 2020 issue of the Golden Informer.