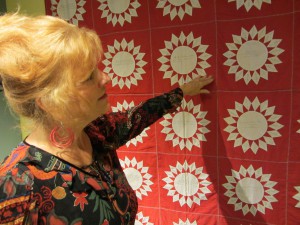 The First Baptist Church quilt (also known to some as the Seth Lake quilt) currently on display in Show & Tell at the Golden History Center was recently donated to the museum. It’s exciting news, since the quilt has been on loan for over 40 years!