A version of this article originally appeared in The Golden Informer.

Whether you love it or hate it, the game Monopoly is one of the most recognizable names in board games. Sold by Charles Darrow to Parker Brothers in 1935, the gameplay consists of players attempting to purchase the most properties and drive other players to bankruptcy. As the name implies, players are trying to create monopolies by owning chunks of neighboring properties along the board. Interestingly however, Landlord’s Game, the game from which Monopoly originates, was actually an anti-monopoly game, created by Elizabeth Phillips (née Magie) and patented more than 30 years earlier. Her game had two sets of rules that could be used: one where all players benefitted when wealth was created and one where players created monopolies while trying to bankrupt others. Phillips was paid just $500 for the patent rights to her game.

Ultimately, Monopoly became a huge hit. It has localized editions for 103 countries around the world and is translated into 37 languages. This is where the Museum’s copy of Golden Hometown Monopoly comes in. This 1983 game, published by Milco (not Parker Brothers), capitalized on the other game’s popularity and used real local businesses to fill the board.  Also made for as many as 500 other towns, Golden’s version has some very familiar names including Woods Mortuary, Meyer Home Center, Inc. (the hardware store’s name at the time), and Carleen of Golden.

Did you ever have a copy of this game? We’d love to hear your memories of Golden Hometown Monopoly at GoldenHistory.org/contact. 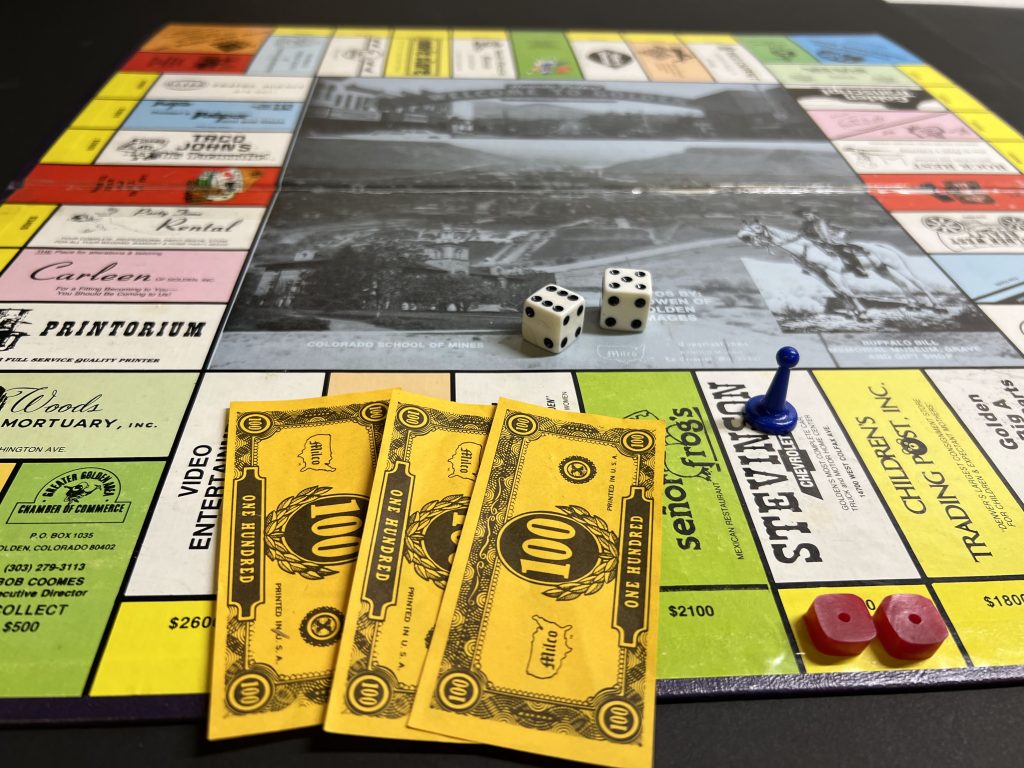 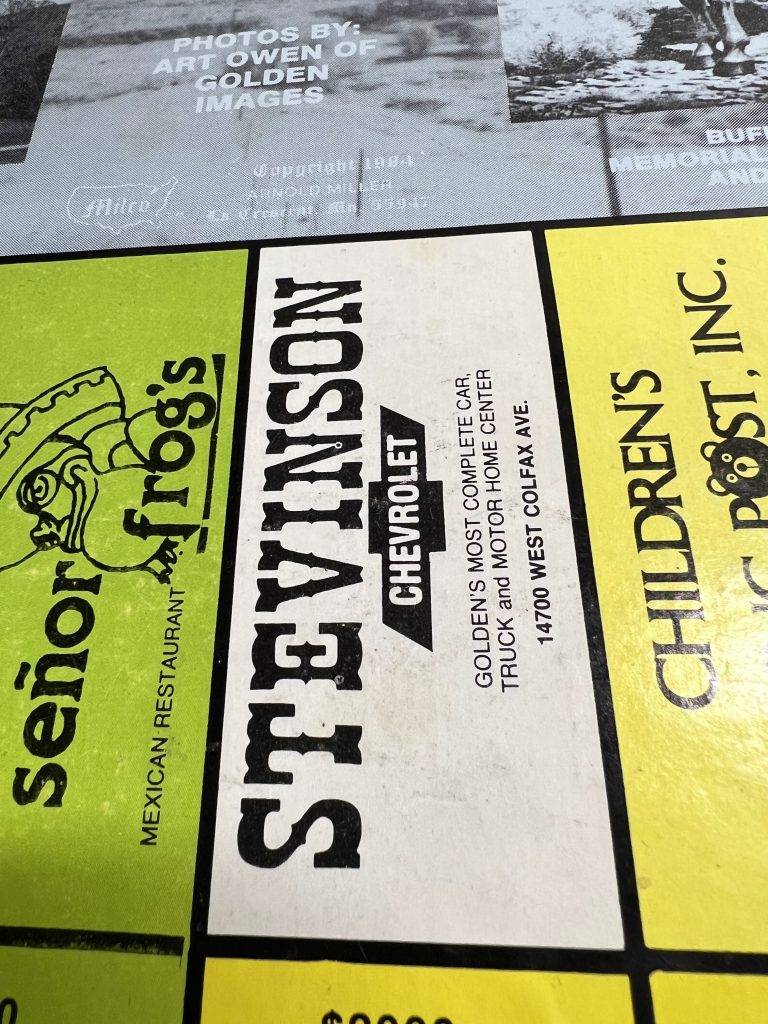 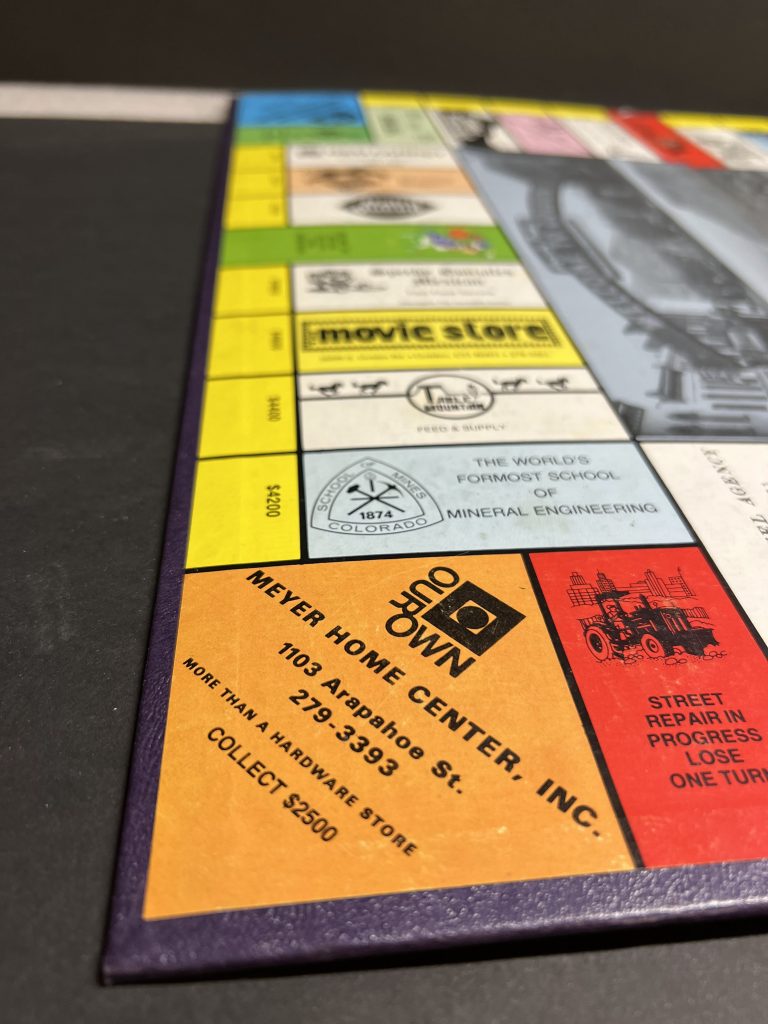 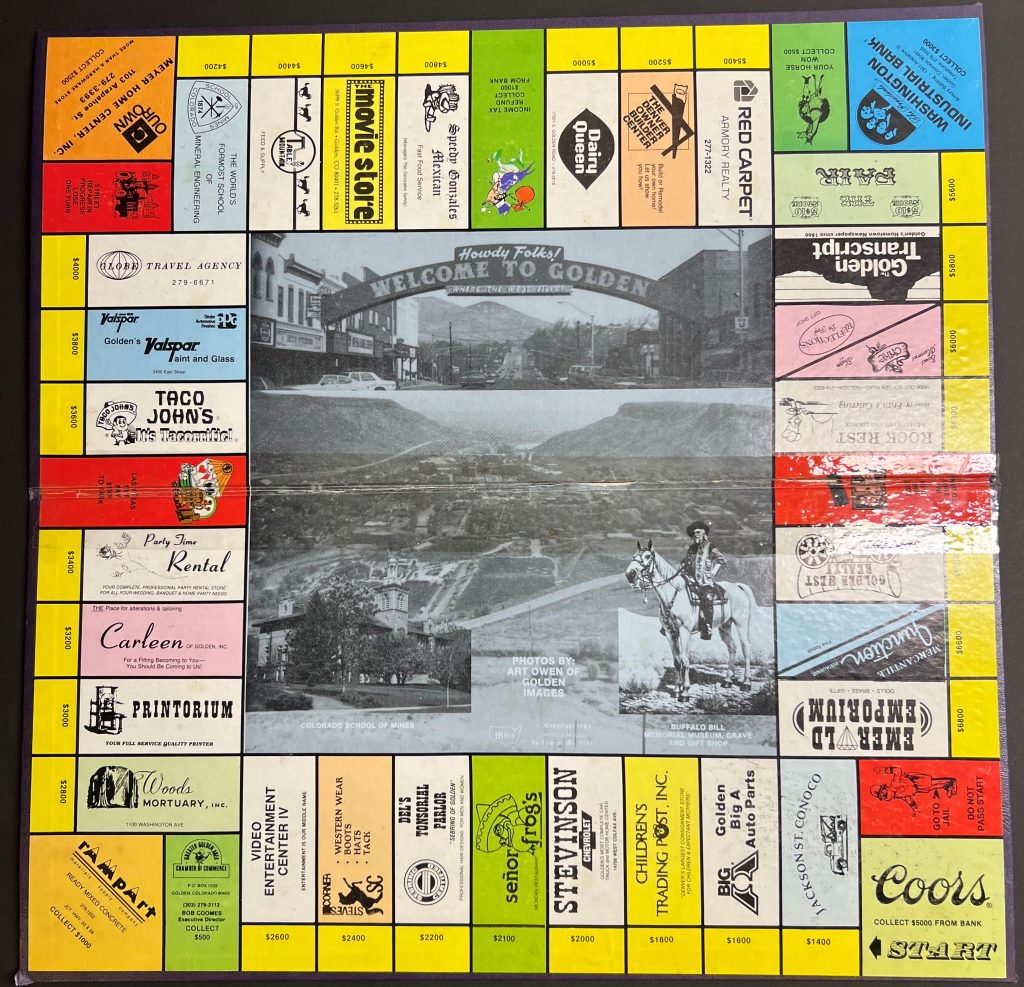 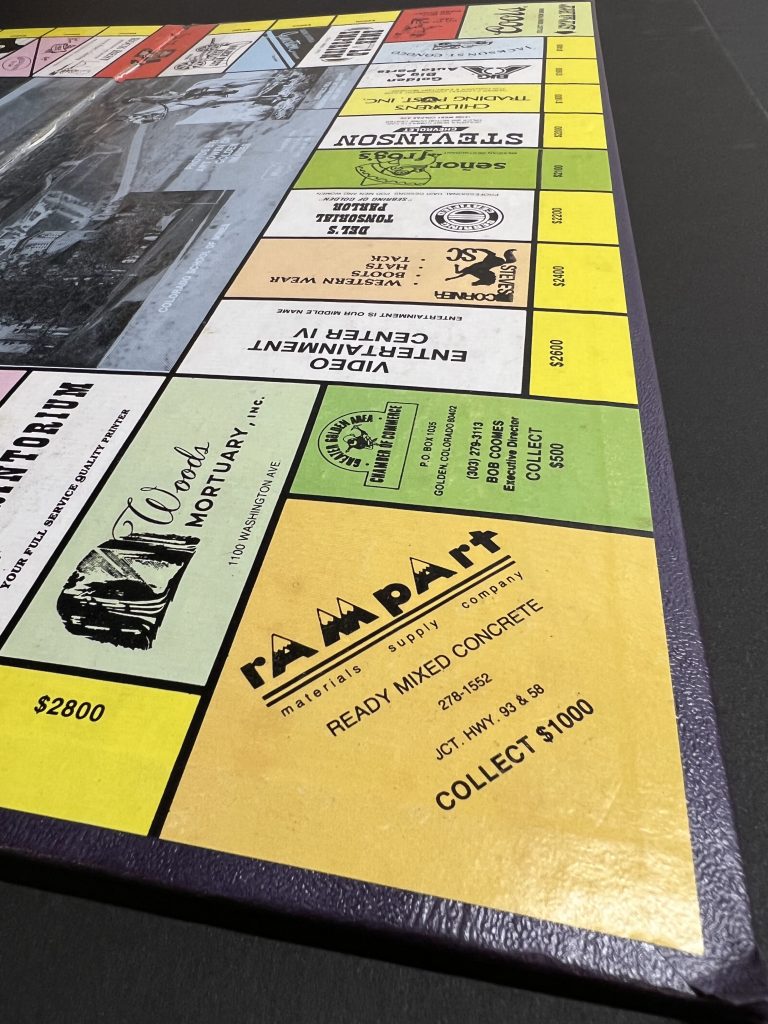 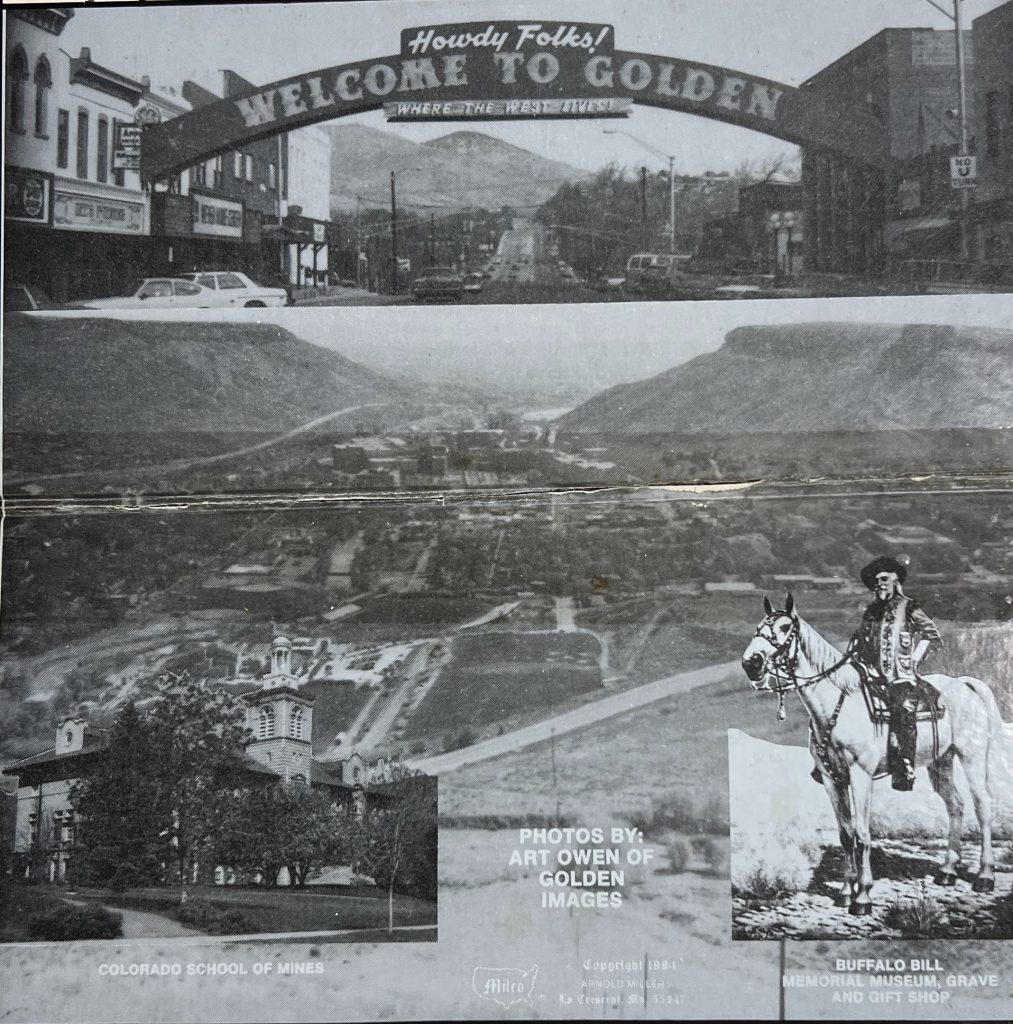 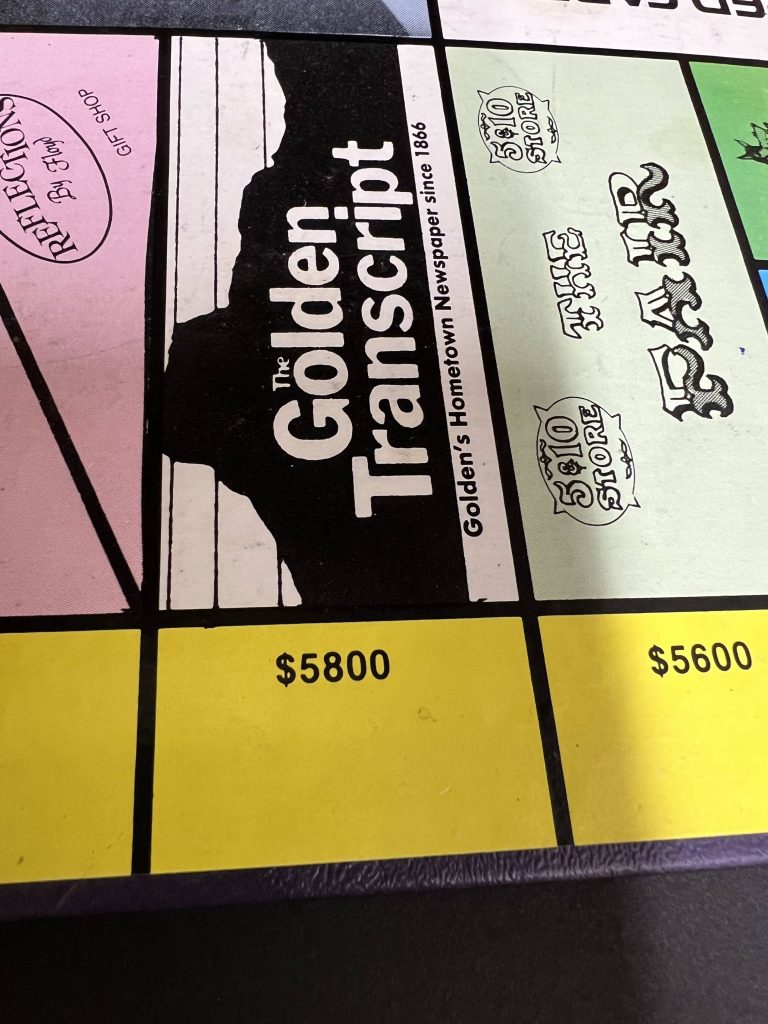 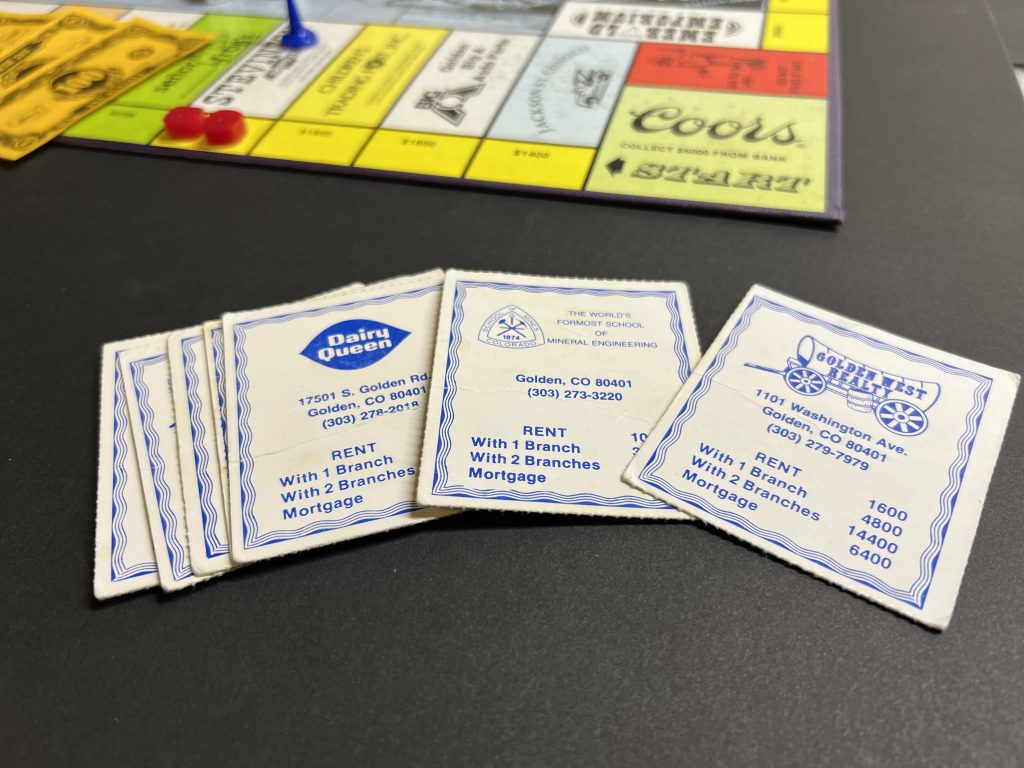 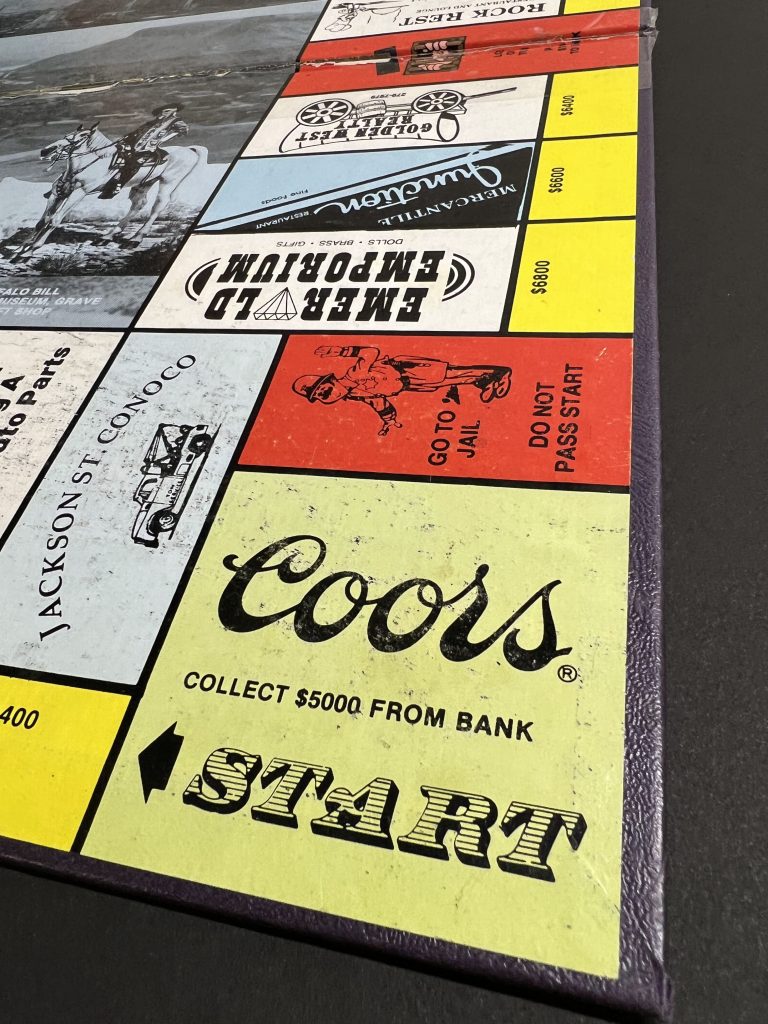