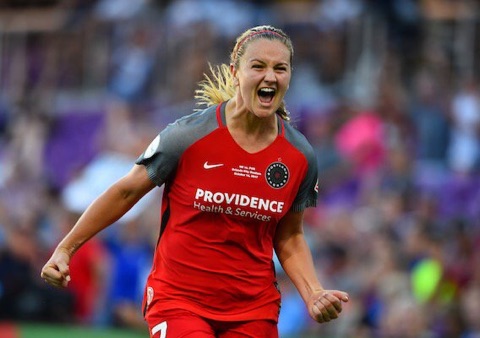 Richard Gardner is one of a dozen local historians I work with on a regular basis. He recently published a concise look at Golden Olympians. It’s timely since the Winter Games just wrapped up, but also because it highlights Lindsey Horan. Lindsey is Golden’s first female Olympian who’ll be featured in the new Legendary People gallery opening this summer. Enjoy!

The Olympic Games have once again taken place, and while no Goldenites were part of the games we certainly have a place in Olympic history! 6 Goldenites have competed in the Olympics, representing 3 countries and winning 2 medals. Here are the Golden Olympians:

Leroy Taylor Brown was a Colorado School of Mines graduate student, coming here from his native New York and earlier study at Dartmouth College. Training at Athletic Park as it was transformed into Brooks Field, Brown was a gifted high jumper, winning the AAU indoor high jump in 1922, the outdoor in 1923, the latter being the best in the world that year at 6 feet 5 3/4 inches (1.97 meters). At the Millrose Games in 1923 he set a new world indoor record of 6 feet 5 1/4 inches (1.96 meters), tying defending Olympic champion Dick Landon. On January 26, 1924 at the Knights of Columbus Games in Boston Brown cleared the bar at 6 feet, 4 1/8 inches, which began his being the first athlete from the Rocky Mountain Athletic Conference ever considered for a spot on an Olympic team. While taking part in the Olympic fund carnival at Denver’s municipal auditorium (now Ellie Caulkins Opera House) Roy Brown, without bothering to remove his sweater, cleared the bar at 5 feet 11 inches, then jumped 6 feet 3 inches to break the state indoor record. With Olympic invitation in hand, Brown was sent off to Paris with a farewell banquet by his fellow CSM students. At the 1924 Paris Olympics, on July 6th at the Stade de Colombes, he jumped 1.83 meters, 1st in his qualifying group. The next day, with CSM Athletic Director and future Golden Mayor and State Senator Dave Johnston looking on, Brown jumped 1.95 meters, setting the Olympic record. He was quickly eclipsed by fellow Team USA member Harold Osborn, but the Oredigger had struck silver. At the same venue that same day Brown may well have witnessed a British runner, Harold Abrahams, win the men’s 100 meters, a race famously depicted in the movie Chariots of Fire, which shows Brown’s setting quite well.

By the mid-1930s the School of Mines had two more gifted world class athletes in their midst: Nils Adolph Isabello Christiansen and John Wallace “Jack” Liddle. Christiansen, a swimmer, trained at the Golden Plunge, the largest indoor swimming pool in Colorado, to the point where Mines implored the Plunge’s operators to keep the pool open through the winter of 1935 so he could train. Liddle, a runner, trained on the recently completed track at Brooks Field. They were each noticed and selected to compete in the Olympics, but not for the United States. Christiansen, the son of missionaries, was born in the Phillippines, while Liddle hailed from Winnipeg in Canada. This time, in 1936, the School of Mines gave its athletes a sendoff to the Olympic Games in Berlin, in the heart of Nazi Germany. There at the Olympiastadion on August 2nd Liddle competed in the Men’s 800 Meter Run, finishing in 7th place in Heat 5 of the 1st Round. In his second competition on August 4th, the Men’s 1,500 Meter Run, he finished in 9th place, in Heat 2 of Round 1. Meanwhile Christiansen was welcomed at Olympic Swim Stadium by Adolf Hitler ordering his guard to slap Christiansen’s camera into the pool while he was trying to take photos. Christiansen took to the water anyway on August 10th, and he and teammates Jose Obial, Jikirum Adjaluddin and Arsad Alpad finished the Men’s 4×200 Meter Freestyle Relay with a time of 9:45.8 in 4th place in Semifinal 1. On August 12th Christiansen returned to the water in the Men’s 100 Meter Backstroke, finishing with a time of 1:11.5, taking 3rd place in Heat 3 to advance to the next round. On August 13th Christiansen swam with a time of 1:11.1, finishing in 5th place of Heat 1 of the Semifinals. Returning to the Golden Plunge, Christiansen in 1938 became its swimming instructor working for Elwood Romney, ancestral cousin of future Presidential nominee Mitt Romney. In 1940 Christiansen qualified for the Olympics again, this time to compete for Team USA, but his chance to compete in Tokyo was forever denied by the advent of World War II.

From Evanston, Illinois, Michael Harold Flater became the 4th Olympian from Golden and the Colorado School of Mines. There he had played 2 sports, football and soccer, each at Brooks Field. In football on November 3, 1973, Flater kicked a 63-yard field goal, setting a new NCAA record for the Orediggers and equalling the longest in NFL history. In soccer Flater excelled further, joining the United States Olympic team which made it into the Games with a tie with El Salvador on September 18, 1971. This marked the return of a Mines and a Golden Olympian to Germany, this time to Munich of 1972, a new world from the Germany Goldenites had competed in before. There Team USA played to a scoreless draw against Morocco on August 27th at Augsburg, and then lost 0-3 against Malaysia on August 29th at Ingolstadt. Host West Germany then routed them 0-7 on home soil at Munich on August 31st.. However, after Goldenites were back in the Olympics after 36 years, the longest absence in our history. Flater went on to became the 3rd Oredigger drafted by an NFL team, the Washington Redskins, and played professional soccer with the Denver Dynamos, Minnesota Kicks, Oakland Stompers and Portland Timbers of the North American Soccer League. 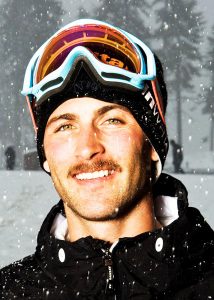 In 2002 Golden’s first Winter Olympian took his place in history. Jarret John “J.J.” Thomas had first gained international attention when gaining the podium at the Vans 2001 Triple Crown at Breckenridge, and then winning the Superpipe at the 2002 Winter X Games. This gained him a place on the Olympic team to compete in the Men’s Halfpipe snowboarding event, a sport decades from even being thought of when the last Goldenites had competed in an Olympics. The first Golden Olympian to compete on home soil, Thomas went on February 11th to Park City Mountain Resort near the host Salt Lake City but started with a score of only 19.7 in Qualifying Round 1, in 26th place. In Qualifying Round 2 he did much better, finishing in 1st place with a score of 43.5, advancing to the medal round. There on his first run he finished in 9th place with a score of 33.2. Then on the last run he finished in 1st place in that run with a score of 42.1, winning the bronze medal. His teammates Ross Powers and Danny Kass finished with the gold and silver, making an American sweep in the first Olympic edition of this sport that was created in America. Back in Golden Thomas celebrated at the Buffalo Rose downtown, in the very Golden Plunge venue where Christiansen once trained.

After 92 years the wait was over in 2016 for Golden’s first female Olympian to arrive. Lindsey Michelle Horan, the 2nd Olympian from Golden High School, arrived to compete at the games at Rio de Janiero, upon the 3rd continent Goldenites have competed upon. Our 2nd Olympic athlete to play soccer, Lindsey Horan began playing club soccer for the Colorado Rush, gaining national attention at age 15 when she scored 12 goals in 9 games for the U.S. under-17 women’s national team. In 2012 Horan became America’s 1st female soccer player to go pro straight out of high school and became the 1st Jefferson County athlete to play professionally internationally in any sport when she joined Paris Saint-Germain FC of France. With Paris SG she scored 54 goals over 4 seasons from 2012-2016. Horan then returned to the U.S. to play for the Portland Thorns, owned by the Portland Timbers for whom her predecessor Flater once played, becoming Golden’s 3rd pro soccer player in America, scoring 4 goals before heading for the Olympics. Playing for Team USA Horan’s primary intended role was to come in as substitute to defend leads. She played as such on August 3rd in Team USA’s 2-0 win over New Zealand at the Estadio Mineirao in Belo Horizonte. She then substituted at the 81st minute of America’s 1-0 win against France at the same venue on August 6th. Horan started her first Olympic game against Colombia at the Arena Amazonia in the jungle at Manaus on August 9th, barely missing 2 shots on goal in a 2-2 tie. Then on August 12th at Mane Garrincha Stadium in Brasilia Horan came in as an emergency substitute for fellow Coloradan Mallory Pugh after she was injured in the 113th minute. Horan scored the first ever shootout goal for American women in Olympic soccer to keep her team’s hopes alive, but their run ended in a 3-4 loss to Sweden, ultimately the silver medal winner. Horan, continuing play for the Thorns, could become Golden’s 2nd to qualify for multiple Olympic Games and the first to compete if she makes it to Tokyo in 2020, remarkably the very same place where her predecessor Christiansen was meant to 80 years before.  Today the Golden Plunge is returning to the form Christiansen once knew, and spectators regularly see games at Marv Kay Stadium that Athletic Park and Brooks Field has become. Where is the next Golden Olympian training?