Beyond the oldies but goodies 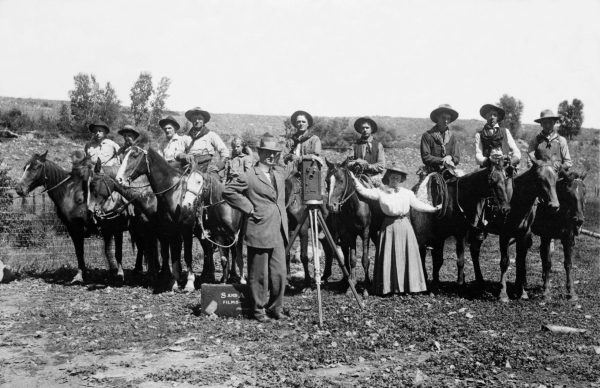 Golden became a movie town in 1907 when Gilbert Anderson and the Selig Polyscope Company arrived to produce three silent westerns. Two years later Anderson returned with his newly formed Essanay Film Company to make more. Over the 100-plus years since, Golden’s scenic location and amenities would continue to catch the eye of filmmakers, and even become home to several western movie stars, and a wild west looking production studio to boot!

Oldies are goodies, but Golden has contemporary film connections too—many you can stream from home. Below are a few of the latter.

The very beginning of season four, episode 11, of this popular television series opens in downtown Golden inside the Broad Apartments, and then pans out onto Washington Avenue for a getaway in a Corvette convertible. The Welcome Arch is easy to spot, but look on the right of the screen for a cameo of Dud’s too. The series ran on CBS from 1960-1964. 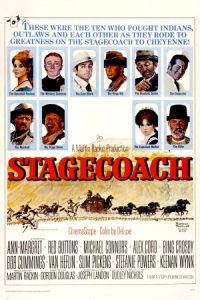 Based in Golden, the Westernaires performed in several westerns over their 70-year history, including this color remake of the 1939 classic that starred John Wayne. Westernaires Cavalry portray members of the 1880 U.S. Cavalry escorting an Overland stagecoach to Cheyenne. It also includes an appearance by beloved American artist Norman Rockwell. Read first-hand accounts from Westernaires alumni here. I found this one free on YouTube.

If you’re longing for some sports-themed action, you may enjoy this drama that focuses on two brothers training and competing in a bicycle race through the Rockies. This one was shot all over Colorado, including Golden. Starring Kevin Costner, it is available from several sources, including Amazon Prime.

I’m afraid I can’t find this one streaming in totality except for this short preview. If anyone knows otherwise let me know. Parts of this made-for-television flick were shot at what is today known as the Lookout Mountain Youth Detention Center south of town near where Fossil Trace golf course is today. This predates the golf course and stars John Ritter of Three’s Company fame. He plays an idealist superintendent of a juvenile corrections facility who believes his wards are more than hardened criminals.

The very end of the season nine finale (episode 12) of this popular television series was filmed at the Golden History Park (called Clear Creek History Park at that time) before ending at Red Rocks. The museum made out well with a rental fee of $10,000 for use of the park, but we were required to keep it all hush hush. Museum staff hosted a watch party at the Golden Hotel when it aired. Competitors find clues hidden in the blacksmith shop and the chicken coop.This one is currently streaming on Hulu. 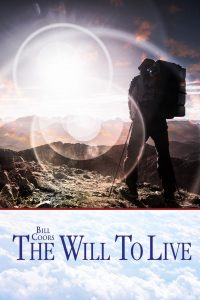 Bill Coors finished this project at age 102 with the help of his son, Scott. It’s very personal and may change your opinion about this man whose legacy looms large in Golden and far beyond. An award winner, it looks back on his struggles to overcome immense adversity and achieve well-being. I really liked it and highly recommend you watch. It’s available on Amazon Prime.

Here’s what LA Times film critic had to say.

That’s not all folks!

This is not comprehensive and is only a resource to get you started. Everyone is a critic, so let us know what you think and pass along others you know about via comments below. I will respond!