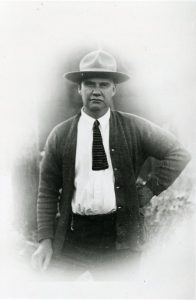 Newspapers can make or break a town, and over the past 150-plus years Golden has been home to at least six (Western Mountaineer, Colorado Transcript, Golden Eagle, Golden Globe, Jefferson County Republican, and the Outlook, in addition to a few smaller, short-lived publications.) As a result, Golden thrived. Today, only the Golden Transcript (originally called Colorado Transcript) remains. Although they closed their Golden office in 2017 to consolidate offices in Highlands Ranch, the Transcript remains the second oldest continuously published paper in Colorado.

The Golden branch of the Jefferson County Public Library donated their local history collection in 2015. The gift included 180 rolls of microfilm and almost 150 years of the Transcript.

Responding to public demand, the museum quickly committed to making the resource publicly available by digitizing the collection and making them fully accessible and free online. Since obtaining the collection, the museum forged a partnership with both the Jefferson County Archives and the Colorado State Library to work with the existing Colorado Historic Newspaper Collection. Over the next four years, the Jefferson County Archives has generously pledged to help fund this digitization project and see it through to completion.

Look for yourself. For the first time anyone can easily jump in and explore the Depression and World War II eras in Jefferson County and Golden. Later this year we will pick up with the 1950s.