Update on documenting the times 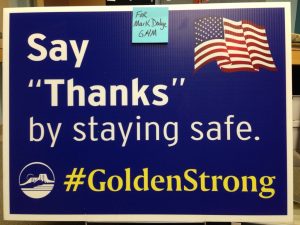 Golden Strong yard sign for the collection- we almost overlooked this obvious choice. Golden Strong has become a rallying cry for a community that’s committed to overcoming the pandemic. Similar campaigns exist in communities across the state and nation.

The Smithsonian National Museum of American History has a Rapid Response Collecting Task Force with over 100 curatorial staff set up to document the national COVID-19 Pandemic. In Golden, we have a passionate community of 20,000 plus on the job. I secretly call them the Golden Strong Collecting Task Force. They are a force to be reckoned with, and slowly but surely, we’re seeing results.

Initially, I kept focusing on physical artifacts, but have since started accepting digital files too. A woman named Alyson recently recorded some video footage of the nightly howl, for instance. Below are a few more highlights which add to the progress. Thank you to everyone who responded to the April Informer call-out.

Is a picture worth a thousand words? Maybe it is. Some context always helps. In April I heard about this porch-portrait phenomenon out East and in Canada while many folks across the country were living under stay-at-home orders to slow the spread of the coronavirus. Out-of-work photographers were documenting people from a safe distance outside on their porches or decks. Basically, they were creating a visual record of the times. Porch portraits had already spread to Colorado by the time I caught wind. Here’s the story of photographer Kate Fisher from Lafayette that inspired me to try the same here in Golden.

Time was of the essence since it was unknown how long stay-at-home orders would remain in effect. I reached out to one of our go-to museum photographers, Justin LeVett, and then got on the phone to secure permission from about a dozen Golden residents living in the 80401 zip code. With permission to photograph in-hand, I passed the task of scheduling off to our trusty photographer.

A shortened timeline and modest budget allowed for eight porch-portrait sessions. I think they’re good (even though the online records are not quite complete as of today) and really capture a moment in time that has already passed. It’s been such a fun project. I only wish we could do more. Below are three. 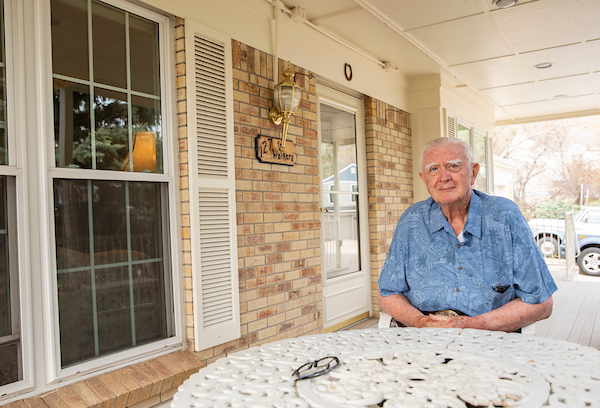 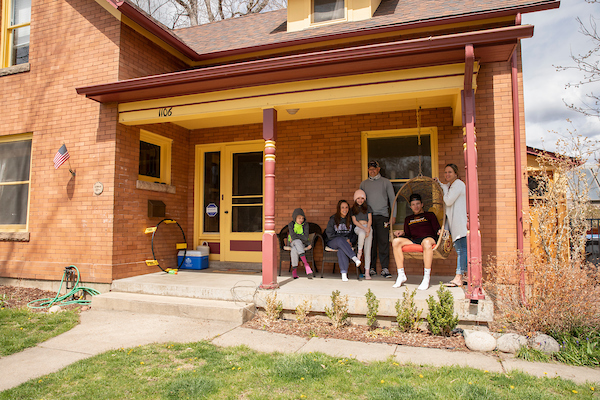 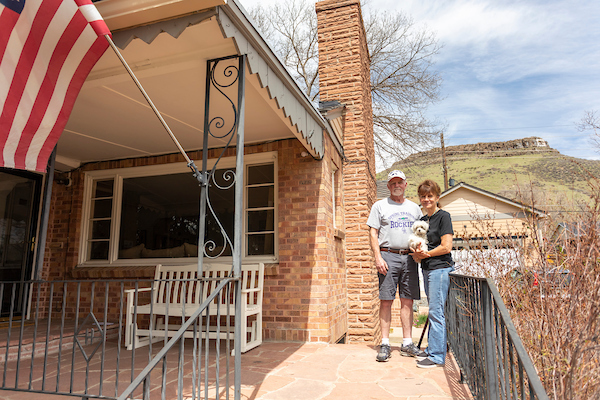 A number of local business are switching gears and joining the fight against COVID-19.

Yeti Bikes is a good example. I’m writing this after picking up a face shield made by the outdoors biking giant along with a few allies. Company reps told me they made about 20,000 altogether and gave them to health care workers in need. That’s pretty cool. We have one for the collection now. I almost feel guilty keeping it out of the hands of a front-line healthcare worker. Their story was picked up on CPR too. Table Mountain Innovation, Inc., of Golden, is also doing the same. 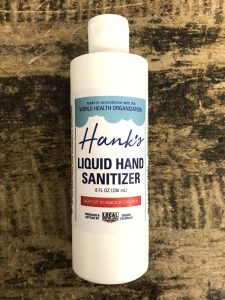 Feel the burn as it cleans.

Remember when it was hard to find soap, toilet paper, cleaning supplies, and hand sanitizer? Well, it still can be but things have greatly improved. I recently picked up a case for staff use at our offsite collection storage space. I ordered 12 bottles of Hank’s Liquid Hand Sanitizer made by local company, Vanjak Vodka. It’s runny stuff and it burns, but I feel like it’s doing the job.

Since first reaching out we’ve cataloged about 15 photos of downtown just before the stay-at-home orders took effect. At that point restaurants had closed to dining but could still offer take-away and delivery.

We’re here for the long haul. Talk to you soon.

Part of this article also appeared in the July 2020 issue of the Golden Informer. 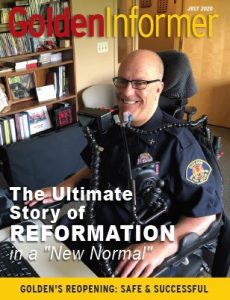