Rarely seen blown-glass dating to the late 1800s will be on view at a new exhibit which opens today, Friday, Mar. 16, at the Golden History Center, 923 10th St.

“Golden Glass: Colorado Glass Works and Early Bottles” features artifacts that were made at the glass plant, which operated in Golden, CO from 1887-1888. Included are rare and highly sought-after bottles that are on loan from Dan Mayo, Jan Racey, and Glen Preble of the Antique Bottle Collectors of Colorado, and from Richard Gardner. We’re grateful for the generosity and assistance from these collectors.

Also on view will be glass novelty canes from the City of Golden Collection, as well as early pharmacy, soda, and Coors beer bottles.

Ours is a cooperative effort with Golden’s Foothills Art Center which will be opening its own glass exhibit, “Chihuly Venetians: from the George R. Stroemple Collection,” on April 7, 2012.

“Golden Glass,” open through Sept., 2012, is one of several exhibits open to the public at the Golden History Center. 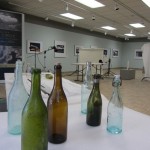 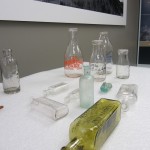 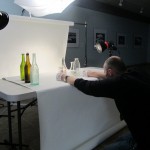 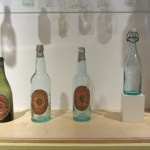 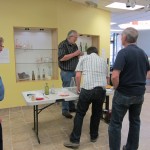 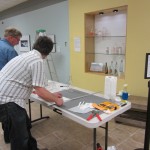 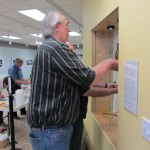