“It was a dump deluxe, but everyone had fun.” –Jeanne Dalesandro, remembering the Goosetown Tavern 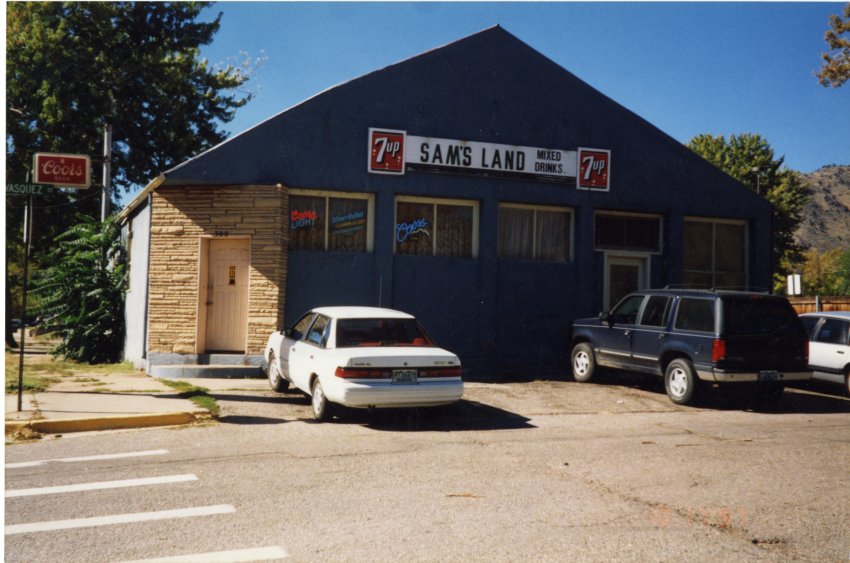 I often end up with more stories than I can include in any given exhibit, and that was definitely the case with “Calendar Girls to Cowboys: The Art of Selling Coors.” Deviating slightly from the exhibit’s advertising storyline, I couldn’t resist giving a nod to what was one of Golden’s infamous watering holes—the Goosetown Tavern. Researching the old bar provided an opportunity to interview longtime bartender, Jeanne Dalesandro. Here’s more of the Goosetown story, as I learned from Jeanne.

Jeanne moved to Golden in 1965 and immediately got a job with Coors Porcelain, where she was employed until 1978. While working at Coors she became acquainted with the Goosetown Tavern during her lunch breaks. Soon after leaving Coors she was hired by Sam Wayland, owner of the Goosetown Tavern (later Sam’s Land), where she bartended and occasionally cooked. Jeanne stayed on until the bar closed for good in 1998. Tavern regulars may best remember Jeanne for her gravelly voice and excellent memory for remembering names and taking food and drink orders.

According to Jeanne, Sam was a fixture in the bar and great to work for. He was very fair, had a great sense of humor and at times was nicer to the help than the customers. Rare for a bar, Sam even offered paid vacations to his employees. 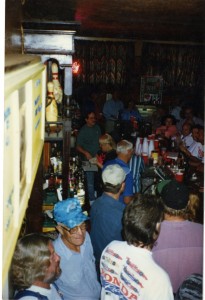 Last night inside the Goosetown Tavern.

The tavern was a booze and beer place—mostly beer and shots. Sam was a scotch drinker, so there was always some on hand. It was a regular hang-out for all of the trades from Coors, and once the North Office Building opened across the street, those folks visited on a regular basis too.

Jeanne says it was not uncommon to see Coors family members, Pete, Joe, Bill, and even the now retired MillerCoors CEO, Leo Kiely with his body guards. Denver Post columnist, Dick Kreck, was a regular too. The Goosetown was a place where blue and white collar workers mingled comfortably, staking out their places along the bar or in the four booths.

The tavern had a very small kitchen with a grill, fridge and sink that served  hamburgers, cheeseburgers, hotdogs, chili dogs, and potatoes chips out of the bag to a regular lunch crowd. Jeanne’s co-worker, Lois Beckman made a good red chili that they served on an open-faced burger, a dish affectionately dubbed the “gut bomb.” Additional snacks included house-made pickled eggs, sausages, candy bars and warm nuts. 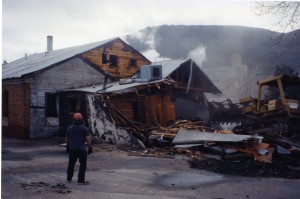 The bar opened at 7 a.m. to serve the graveyard shift and generally closed at 2 a.m. Beer was always cheap, so there was no need for a happy hour. Only Coors and Coors Light were served on tap, with a few other brands in bottles only.

The annual Sagittarius Party was one bar tradition worth noting. “Basically an excuse to get drunk,” said Jeanne, it was held every year on Sam’s birthday, December 7. The bar provided free pizza or large subs.

If you have a good story about the Goosetown I’d love to hear it.