A Real One of a Kind

Home » Collections and Exhibits » A Real One of a Kind

Upright pianos became popular in America during the late 1800s. We, however, have a real one-of-a-kind, and not just because it’s covered in orange velvet. 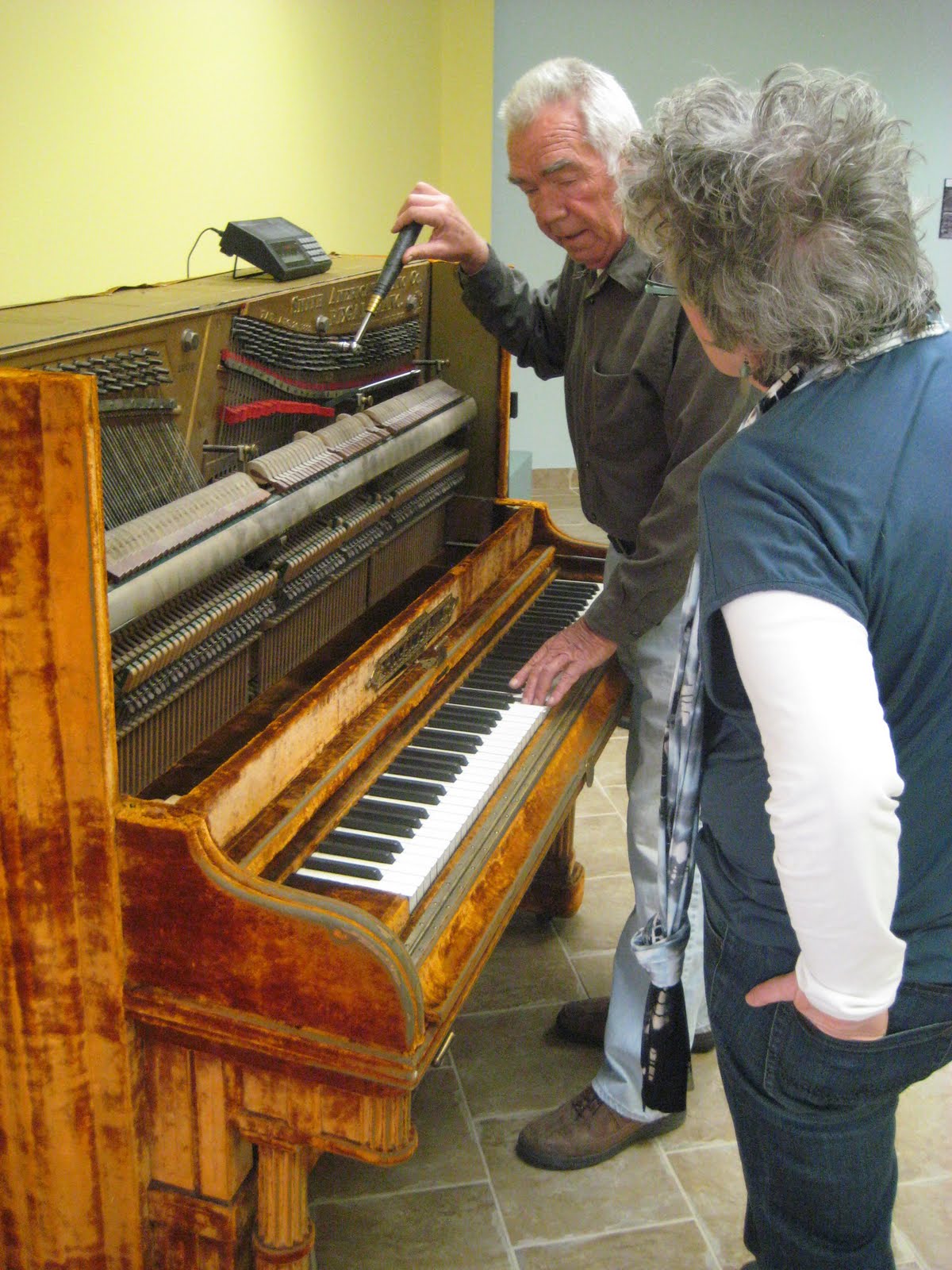 Last December Michael and Nancy Mason, of Golden donated this beauty to the museum. Like all of our artifacts, this one has a story behind it too. Long before it came to the museum it was exhibited at the World Columbian Exposition of 1893.

Coincidentally, Adolph Coors was showing his beers at the same Exposition alongside the products of over two dozen other breweries. Coors won an award for “brilliancy, flavor, chemical analysis and commercial flavor.” He was also the only winner west of the Mississippi.

Anyhow, after seeing the piano at the Columbia Exhibition, a man named Clinton O. Heath purchased the piano as a gift for the woman he loved and intended to marry, a Miss Mattie Williamson. It was shipped to Ft. Morgan, CO, where Clint and Mattie lived on spacious property they called “the farm.” They later moved to Denver and lived in the Congress Park district until Clint’s death.

The Masons are aware of only one other similar piano, but it was a rose color. Oddly, it was found in a bar in Woodland Park, Colorado. Its condition was very poor because someone tried to wash it.

Specifically, our piano is a Regal #1908 with a patent date of August 20, 1889 made by the New England Piano Company of Boston. The donation also includes a piano stool of dark wood claw feet grasping glass balls.

The piano was regularly played in the Heath home until Mattie’s death in 1964 when it was moved to the home of her daughter, Camille Heath Conine. She lived only a few blocks away from her mother on Garfield Street in Congress Park. The house at 720 Garfield was one of the first houses to be built in the block. Upon Camille’s death in 1994, the piano was moved to her grandson Michael’s home in Golden. And now, it’s the newest item in the Golden History Museums’ growing collection.

See our newest addition with your very own eyes in Turn it Up: Golden’s Musical Memories, opening June 3rd at the Golden History Center.