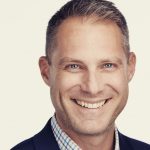 After an 11-year walkabout, Nathan returned to his native Colorado in 2010 to serve as director at GHM&P. He holds an MA in Museum Studies from John F. Kennedy University and a BA in American History from Colorado State University. Previously, Nathan served as Director of Exhibits and Programs at the McCormick Freedom Museum in Chicago and as Curator of Collections and Programs at the Swope Art Museum in Terre Haute, Indiana. 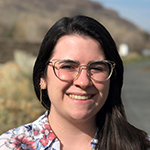 Kathleen joined GHM&P in 2021 to create interpretation, plan programming, and coordinate volunteers. Previously, Kathleen worked at the Royal Gorge Regional Museum & History Center in Cañon City as the education coordinator. She formerly worked at the Denver Art Museum in the education department and volunteered as a facilitator at the History Colorado Center. Born and raised in Jefferson County, Kathleen has a BA in History and Anthropology from Colorado State University and a MA in Public History from Royal Holloway, University of London. 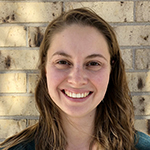 Jesse joined GHM&P in 2021 and coordinates the award-winning Building Colorado outreach program, field trip opportunities, the museum’s signature Hands-on History summer camp, and everything else with a youth focus. Jesse has worked in the museum field since high school. Previously she managed the educational programs for the Marshall Steam Museum in Delaware before making her way to Colorado where she supervised before- and after-school programs and summer camps in the Littleton area. Originally from the East Coast, Jesse has a BA in History and Spanish from the University of New Hampshire and a MA in History and Museum Studies from the University of Delaware. 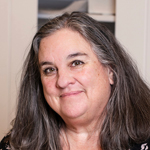 Vanya began working for GHM&P in 2017 and assists with all aspects of curatorial management, including tagging and cataloging artifacts, maintaining the database, and preparing artifacts for display. Vanya has worked in collections management for over 25 years, and has served as Curator for the National Atomic Testing Museum in Las Vegas, Nevada, and most recently as Registrar for the National Law Enforcement Museum in Washington, D.C. She enjoys her three-day weekends, often walking the paths of Golden and the trails of the nearby Front Range with her husband, Shawn. 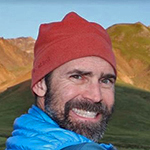 Doug began working for GHM&P in 2009 and coordinates membership, marketing, publications, social media, and development. Previously, he managed fundraising for the Colorado Mountain Club and was the Assistant Editor of their Trail & Timberline magazine. He also participated in the culminating years of a decade-long effort to create Golden’s American Mountaineering Museum. Doug’s history roots began with a late ‘90s project to secure an endangered Lewis and Clark campsite, resulting in a new 15-acre Montana state park. An avid outdoorsman, Doug has also worked as a rock climbing guide in Colorado and as the Assistant Manager of the Yosemite Mountaineering School. He received his Bachelor of Science in Natural Resource Management, Environmental Education and Interpretation, from the University of Wisconsin-Stevens Point in 1994. 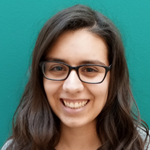 Britton began working for GHM&P in 2018 teaching the Building Colorado Program as an Outreach Educator during the school year and as a Hands-on History Instructor during the summer. In February 2021 she accepted the position of Education Assistant and helps create and develop educational resources for teachers, students and families. Previously, Britton worked for the History Colorado Center and the Denver Art Museum as part of their education departments to develop several programs for K – 12 children. She holds a BA in History and a minor in Marriage and Family Studies from Brigham Young University-Idaho.